So we wait with baited breath to see what the next iteration of the Apple iPhone will be. With the competition putting out ‘iPhone killers’

almost daily and nibbling into Apples market share, it seems time for something dramatic from the innovative tech Company.

Whilst still very much at the rumour mill stage, here is what the available evidence and info is strongly suggesting.

The next version of the iPhone is widely and will almost certainly be called the iPhone 6. It is scheduled for release in September of this year.

If the huge orders Apple has been placing in Japan with Sharp and in South Korea with LG, is anything to go by then the anticipated increase in screen size will become a reality. Initial reports and information leaked from those factories suggests we will be looking at two versions. The current models 4” screen will be scaled up into 2 new versions sporting either a 4.7” or a 5.5” screen. It goes without saying that this will be the high end resolution liquid crystal versions.

We can expect the iPhone 6 to be a far more powerful beast with an uprated processor and according to some sources; a major Taiwan Semiconductor Manufacturer has started a production run of these next generation A series ‘Apple A8’ chips. First reports are emerging of a very fast 2.6GHz chip.

As well as the increase in screen size we expect the iPhone 6 to be far thinner than it is now. Here at G&D we have read more than one report suggesting it could be as little as 5.5 mm, which is quite a significant change to the current design.

So what about that screen? It seems Apple may well be moving to an Ultra-Retina display with a pixel density pushing 389ppi. Design features will also include a durable Sapphire screen at long last. All this coupled with the larger screen sizes adds up to a mouth-watering combination that some would say is long overdue.

Other rumoured features that have been floating around cyber space,

Significant improvements to the camera with major changes to the aperture size and possibly moving to as much as an 8-megapixel camera. Some sources are even suggesting Apple has decided at last that the camera is an ever important aspect of a smartphone and 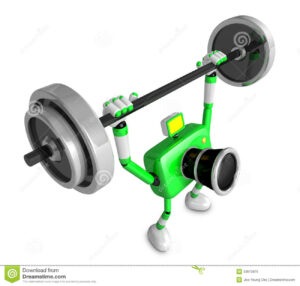 may go all out with a 10 mega-pixel version with an f/1.8 aperture complete with interchangeable lenses.

There is also a lot of hype about Apple going with a bezel-less display or at least playing with the iconic design feature to make it less prominent.

Personally, I’m a little worried that Apple may be finding it necessary to do battle with competitors on screen size. Once a smartphone doesn’t fit into my trouser pocket, it’s no longer a phone in my eyes. However if they can squeeze every available mm of front facing space into being a screen, that would be the way to go!

The Apple App store is also set for some changes and improvements but details are sketchy so far.