A recent task of mine involved generating a large quantity of forms (around 2,500) and printing them. I was using PHP as the generator – it’s great at processing and transforming text. And my base (template) file was originally created as a Word document, converted to RTF for ease of processing.

There is no easy and free way of printing out 2,500 RTF files from Windows, not that I’ve been able to find. It didn’t make sense to pay for a £200 application for something that I do so infrequently. So here is my (free) approach.

Make Linux do the hard work

If you’ve followed my “Easily host your own web sites” series, you’ll now have a Linux server at your disposal that you can bend to your will. When it comes to command line or scripted activities (which this tutorial lends itself to), Linux/Unix is simply more mature than Windows. This means that someone, somewhere has probably already created a tool for whatever activity you’re thinking of and moreover, made that tool free.

Ted is a fairly full-featured text processor for Linux. We’ll just be using some of Ted’s command line wizardry today.

I keep all third party packages I install in a directory, /root/installed-packages, for future reference. So this is what I did, from a command line (SSH connection). First, I know that Ted has some dependencies, so I dealt with those:

Then downloaded and install Ted:

Abiding by the principle of “do one thing well”, guess what pdfmerge does?

Put it all together

Now the utilities are installed, you can run the following simple bash script to convert your individual RTF files into PDFs, then merge them all into a single PDF. I put the RTF files in one directory, then the PDF into the directory above it in the directory tree. We use a script that is bundled with Ted – you may need to check the precise location.

Thanks to Mark de Does for Ted and to Dominic Hopf for pdfmerge.

No no no! Google has just announced it is shutting down Reader on 1 July 2013.

Personally, I can’t really understand this. It is a good product, with surely plenty of advertising and marketing opportunities. Nevertheless, there’s no point railing against the decision. It was “free”. It was good while it lasted. I shouldn’t complain.

Like many people, this leaves me scrabbling around for an alternative. There are one or two similar web-based services out there, but having been burnt once by the whim of a content publisher, I would rather take my destiny into my own hands going forwards. In short, this means setting up a web-based RSS reader on my own server.

There are a few features I’ve come to regard as indispensable in a news reader: 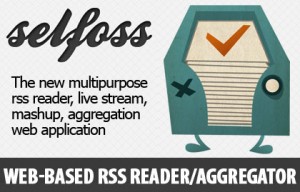 It didn’t take too much searching to find a solution that looked ideal: selfoss. The author describes selfoss as:

The features of selfoss that stood out most to me were:

There are one or two similar projects out there, but selfoss most closely fits my requirements and seems to be in a good state of development. Interestingly, within 36 hours of Google’s announcement it was retiring Reader, a selfoss user called Michael Moore had written code for selfoss to import OPML files – which is the format we’ll be exporting from Google.

If you’ve followed my guide to DIY web hosting, you’ll be able to do what I did:

Update: In a very short space of time since writing this article, selfoss went through several updates and feature improvements. The current version is 2.6 and better than ever. You can download that straight from the official website.

The first step is to export your existing RSS subscriptions from Google Reader. Proceed as follows:

Be sure to add my RSS feed to selfoss for more great articles! http://pomeroy.me/feed/.

As for many other people, my phone has become my go-to device for all my mobile entertainment needs. I currently have a Samsung Galaxy Note 2 (yeah, the one with the ludicrously large screen), so it’s great for anything from internet browsing to watching films in HD quality. I also use it as an MP3 player and for listening to podcasts and audiobooks.

I’ll be honest, I’m a bit of a tightwad when it comes to my technology purchases, so I was looking for a device that could combine the impossible qualities of sound quality, power and cheapness. I wanted the convenience of connecting by Bluetooth, with the option of a 3.5mm socket for greater flexibility.

Having considered many products and read a lot of reviews, the device I settled for was this, the SoundWave SW100: 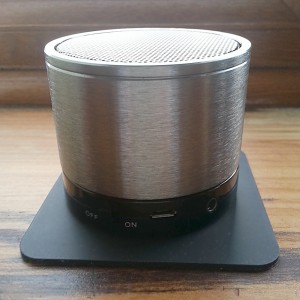 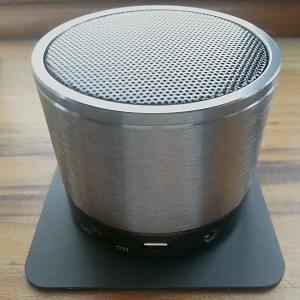 I paid £20 for the speaker. Although at one time it was available for less, it is still a bargain at this price. It receives favourable reviews (wherever you look) and I can only confirm what other reviewers are saying. Well worth the money, especially when you can consider you can pay four times the price for a product that may have a pretty label but is otherwise no better.

If you want a portable speaker, on the go, don’t mind that the output is mono, and don’t expect the sound to fill a concert hall, this is the device for you. Highly recommended.