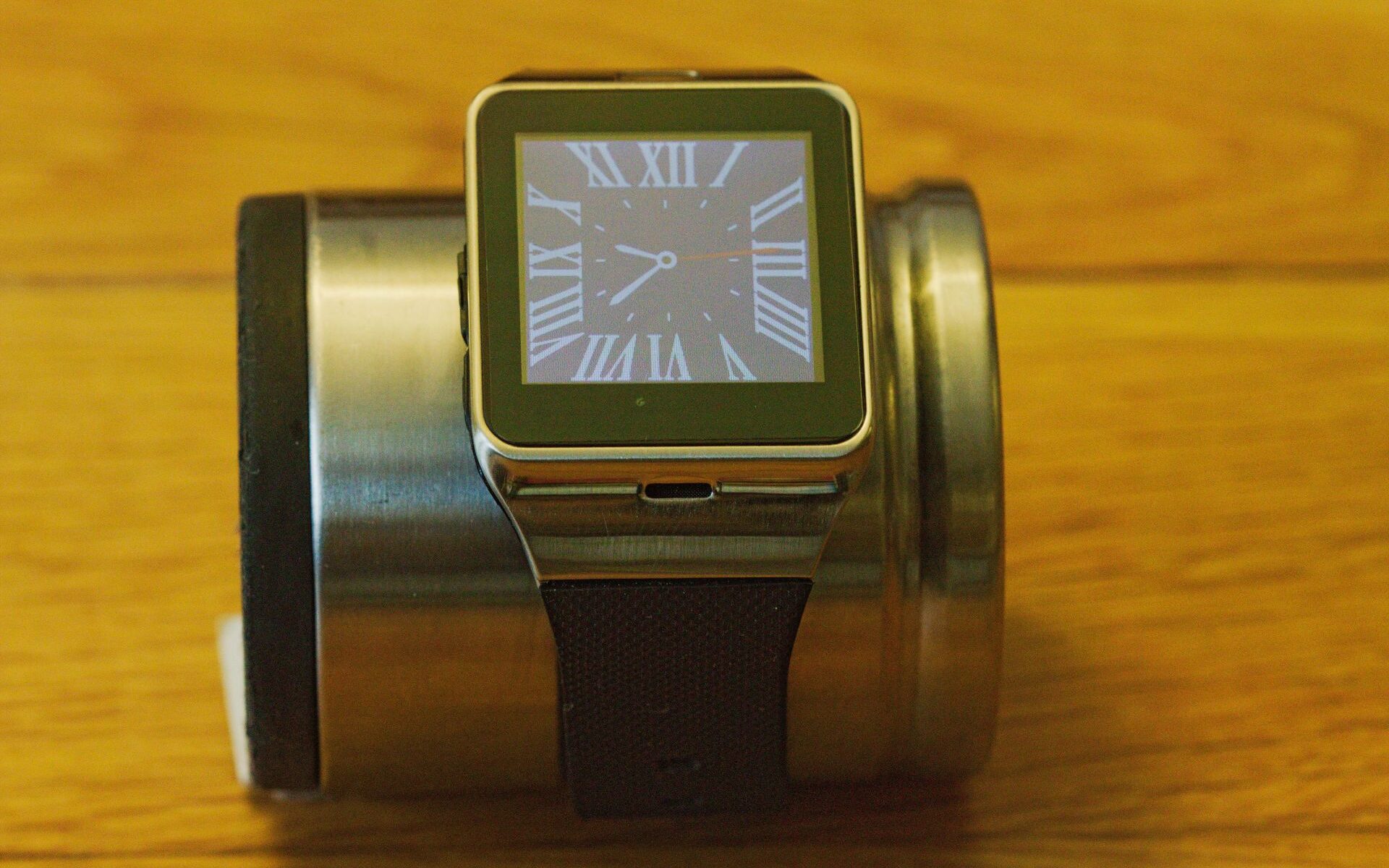 Like many tech enthusiasts Dummy and I have been keeping an eye on the smart watch market for a while. As you will probably know, there a few large companies (with the Chinese snapping at their heels) searching for the holy grail of wearables: a beautiful wristpiece that is elegant, convenient, clever and durable. To achieve widespread adoption, it also needs to be affordable. Ah yes, there’s the rub.

I recently stumbled across a smart watch, sometimes called “Aplus”, sometimes “GV18”. It’s fresh out of China. And it bears more than a passing resemblance to the Apple Watch. And it’s a tenth the price. We bought it for £32.98, but we’ve since seen it for under thirty quid. Worth a look then. 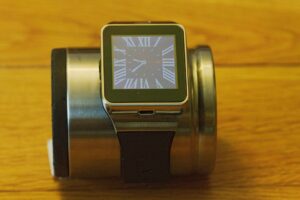 For me, the problem with most smart watches is the watch part. Sounds obvious doesn’t it. Really, what is the point of a watch that isn’t a very good watch? If I turn my wrist to check the time, but before I can see the time I have to press a button, that’s a retrograde step. That’s worse than analogue. And so it is with this watch. It’s an LCD display, not e-ink, and to keep the display lit permanently would be a huge battery drain. So you have to press the side button, to check the time.

Once you’ve done that, it’s not too bad. There’s a choice of three watch faces. One of these faces has a full dial of Roman numerals and is designed sympathetically with the rectangular case. I think it works. Of the other two, one is clumsy and the other is weird.

Oh dear it’s awful. To be honest, I think they probably all are, from all manufacturers. Anything that can’t be done with a press or a flick is a pain in the neck. Unless your fingers are like matchsticks, it’s hard to type letters with a high degree of accuracy on the software keyboard. It’s a little better with numbers, but still vaguely reminiscent of those calculator watches from the eighties. Is this really all the progress we’ve made in 30 years?

As far as I can tell, this is running a bespoke version of Android. There’s no app store, no access to Google Play. There are some bundled apps, but most of them are useless and half of them only work if you have inserted a SIM card. That alone is odd. The watch is designed to be paired with a smart phone. Why would you give it its own SIM card?

I wish I could tell you more about the apps, but most of them made no sense. The only real exceptions were the calculator and the camera. But both of those were such a fiddle to use, you’d be much more likely to reach for your phone. It has a pedometer, but it just doesn’t work.

For the watch to talk to the phone, you have to install an app. The app is not the best. There are few settings. You can choose to ignore notifications from certain apps, but it’s a slow and laborious process choosing which apps you do and don’t want to hear from. 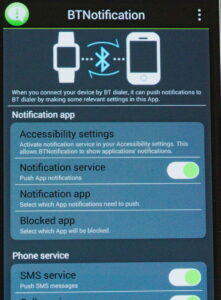 (Sorry about the poor screen grab by the way.)

If Bluetooth is switched off when you launch the notification app, you are greeted with the following informative message. Informative that is, if you can read Chinese.

I deduced this meant you need Bluetooth to be switched on… With Bluetooth switched on, the app needs to be running in order for the watch to receive notifications. The app seems to die all on its own, without warning, and the only way you’ll know that is if notifications stop arriving on the watch.

We have to give this watch some credit. For the price, it’s actually pretty incredible. It’s far less ugly than some of the competition and it does have a lot of functionality, even if it’s not especially well executed. We couldn’t help but think that in a world without smart phones, it would even be considered quite good. You could in theory load it up with a SIM card and use it as a watch, phone, calculator, contacts organiser and so on, without needing any other device. But this is a world with smart phones and when you compare it to any smart phone currently on the market, even the worst ones, this watch doesn’t compete at all well. And neither does it complement a phone, bringing no particular tricks to the party.

It was a bit of a conversation starter, while I wore it. A novelty. And if you don’t mind paying a little for a novelty item that you’ll quickly find tiresome, then by all means go ahead. But we couldn’t recommend it. We can’t even recommend the Apple Watch, and if Apple can’t get it right, who can?