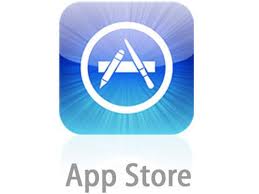 In the recent times, Apple boss Tim Cook, has lauded the power and effect of the App Store claiming it has ‘fundamentally changed the world‘. 50 billion apps downloaded to date and that’s a statement you would be hard pressed to deny. Clearly the launch of the App Store in 2008 has been a game changer for how technology is produced and delivered.

However 5 years on, is this ‘game changer’ living up to the hype and impressive figures?

I heard this term for the first time today and when I read its definition it made me think about my own experiences with the app store. Zombies are apps which never appear in Apple’s master-list of the most downloaded apps worldwide. Its a bit of a sweeping statement but it’s probably fair to say we are talking about ‘junk apps’. I’m sure I’m not alone in having searched for a clever app that will help me with a specific task and to be lured in by a flashy description and amazing claims. Then in the wrapper of the App store, which gives it credibility, you pay your money and very much take your chance. I mean this app is being sold by Apple through its prestigious, ‘game changing’ technology store, what could possibly go wrong?!

Well by all accounts out of a total 888856 apps in the Apple database with 579,001 being classified as Zombies, by the analytics firm Adeven, it seems a lot can go wrong. In fact you could say that you have a 65% chance of buying a chocolate fire guard. Okay, I’m a bit disappointed that a prestigious company like Apple would allow a shoddy app to be sold but they would never leave me, their loyal customer, dissatisfied and out of pocket…

Have you ever bought one of these lemons, complained and had your money back? Is it even possible to be refunded after buying a bad app? I’ve yet to find anyone that has received a refund. Lots of excuses and slippery shoulders yes, refunds, no! The closest I can find is the recent cases where parents had found themselves facing unexpected bills as a result of in-app purchases by their kids. I’d say that was less a refund and more a payout for fraudulent activity!

If we look a little deeper, Apple take a 30% cut of all sales through its on-line marketplace. That’s a vast revenue stream to start denting with refunds so perhaps they have a vested interest in rogue developers making unfounded claims to secure sales or maybe I’m getting old and cynical?

Don’t get me wrong, some developers have delivered the goods. The viral popularity of Rovio’s Angry Birds is a fantastic case in point, not only delivering an addictive app but one capable of moving outside the app store and becoming its own brand. A multi million pound brand spawned of the app store and perhaps representative of a change in the game publishing model. Maybe we now want our games and tech instantly gratifying, cheap and throwaway?

The Future of the App Store

It’s clear to say that the App store is here to stay and has revolutionised the mobile world. The other big boys in the marketplace like Google, Microsoft and Blackberry have followed suit and types of App stores are available across all platforms. Its a big, fast moving beast of a business worth multi-millions. My only concern is who is policing it, and with the money involved, policing it will need.

In this vast and transitional industry of instant gratification and throwaway app purchasing, are we going to miss the truly inspired apps and talented developers? With hundreds of thousands of apps out there, a significant percentage being the proverbial lemon, how are the quality apps going to be noticed? Worse still, if you can’t rely on Apple to vet the apps you have to select from, how can you make an informed purchase?

One Reply to “News: Apple’s App Store, Populated by Zombies??”