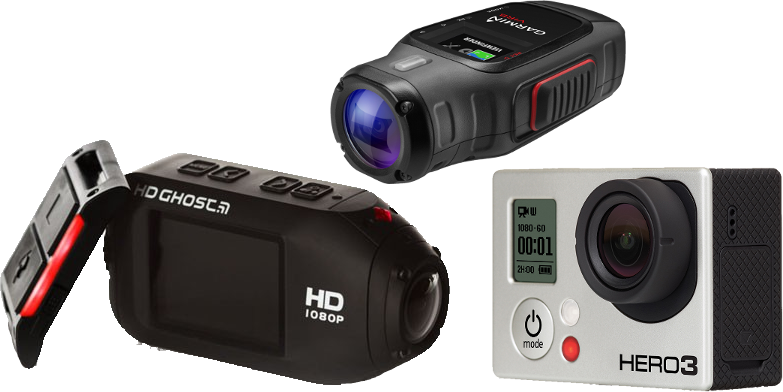 I am an amateur film maker and my chosen subject is Land Rovers driving Green lanes on UK expeditions. I guess you could say I have quite specific requirements from an action camera but crucially I think, my filming is about as severe a test as you can get. Rough terrain, extreme weather conditions, impacts and even the occasional underwater dunking.

These are the conditions under which I need my action camera to operate. If I’m honest I don’t care what the manufacturer says the camera can do. I don’t care about the popular myths or if it’s the market leader. I want to know how they actually perform in the real world. To do this I am going to compare them in a number of critical areas with the only starting factor being that they must all be in a similar price bracket. In this case this is in the region of £250.

So the 3 cameras emerging as top dogs in that bracket are Garmins Virb HD, Drift’s Ghost HD and the market leading GoPro 3.

I’m finding increasingly that action cameras in this price bracket are packing themselves with features that you just don’t need. Let’s just concentrate on what’s important shall we? First up the quality of footage. On paper the Virb HD has the lens capable of shooting the best still and video footage. In reality, if you crank these cameras up to their highest settings you eat battery life and memory cards and your action footage, if fast moving, just looks weird. They all boast apps and phone connectivity, which is essential to the feature poor GoPro 3 as it doesn’t have an integral screen?!? Feature-wise it’s quite 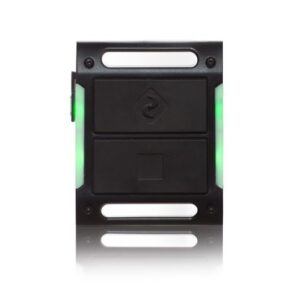 tough to separate the Virb and the Drift Ghost HD. Both are very similar but I’d probably give it to the Ghost because of its fantastic multi-purpose remote control unit. The fact I can conveniently flick it on and off also means my editing time is dramatically reduced.

My big issue with action cameras has always been construction of the standard camera. Far too many claim to be impact-proof or waterproof but when you check, that’s only true if you put them in a case – usually a case that blocks sound, steams up and generally makes the camera harder to use.

Comparing all three cameras, the GoPro 3 immediately stands out as the poor relation again because of its traditional and I’d say, old fashioned design. It’s square and bulky and to be honest feels fragile. In comparison the bullet style, rubberised finish of both the Ghost HD and the Virb scream ‘ACTION! Go and film something dangerous!’

What’s the point in going to all this trouble to create an action camera if it doesn’t shoot quality footage? Obvious you would have thought, right?

All 3 cameras need some tweaking in the settings to get the best out of them. The GoPro 3 is the market leader and I find myself desperately trying to find something that sets it apart but again its picture quality proves to be a let down. If I’m honest all 3 are pretty damn good but if I were to grade them I’d say the Ghost Drift HD tops the chart, the Garmin Virb HD takes second place and the GoPro – well I can only assume it was designed for the brilliant sunshine of California because it doesn’t like dark British country lanes!

As I’ve mentioned previously, a simple fact of shooting HD footage is that it eats power; an action camera by definition is usually small and takes a small battery. You kind of have to accept this and move on. What becomes more interesting is the price and availability of spare batteries and how easy they are to swap out.

Tests indicate that, at what I consider the optimal filming rate for an action camera – 720 at 60fps, you get in the region of 3 hours of film time from all these cameras. In reality what I find is that because the Ghost HD is remote controlled, I’m more inclined to switch it on and off and subsequently I get a good 2 hours+ extra battery life. A quick scan of replacement battery costs and the GoPro 3 has the cheapest batteries at £6.77 (Yeah GoPro 3!) with the Ghost Drift HD replacement battery costing £6.89. The Virb is a relatively new product and the Virb HD replacement batteries are an eye watering £25 so you aren’t likely to pack 3 or 4 of them in your spare kit.

All are a nightmare to swap the battery. If you have an image of balancing precariously on a ledge in driving rain while you flick open a compartment and slot in a fresh battery, think again because they are all fiddly to get to.

What I find consistently in the area of accessories is that almost without exception they are shocking. I won’t claim to have tested or researched every one that is available but the ones I have used or seen for all 3 cameras just doesn’t have the quality feel I want, when I’m attaching a couple of hundred quid to it and bouncing it through forests and rivers. This is a slight digression but I won’t use anything but these VacMounts for action cameras, which are bullet proof and beyond compare!

[easyreview title=”Dummy rating” icon=”dummy” cat1title=”Ease of use” cat1detail=”Having to extract it from the case to access the features is annoying.” cat1rating=”3″ cat2title=”Features” cat2detail=”It’s got everything the others have, except a screen…” cat2rating=”3″ cat3title=”Value for money” cat3detail=”Newer models have meant dropping prices and bargains can be found.” cat3rating=”4″ cat4title=”Build quality” cat4detail=”I just don’t trust its build quality. Without its case I’d say it was fragile at best.” cat4rating=”3″ summary=”I genuinely have no idea how the GoPro is the market leader. It’s adequate but no more.”]